Just like with anything else in the world, the service airlines provide can be of exceptional quality, superior to others in their field. We all want to get the best service and have the best experience when travelling. So we are searching not only for the best deals, but also pay attention to the airline providing the services.

But what are the best airlines right now?

Skytrax, an airline and airport review and ranking site, has announced the top 10 airlines in the world. As voted for by travellers from around the world. 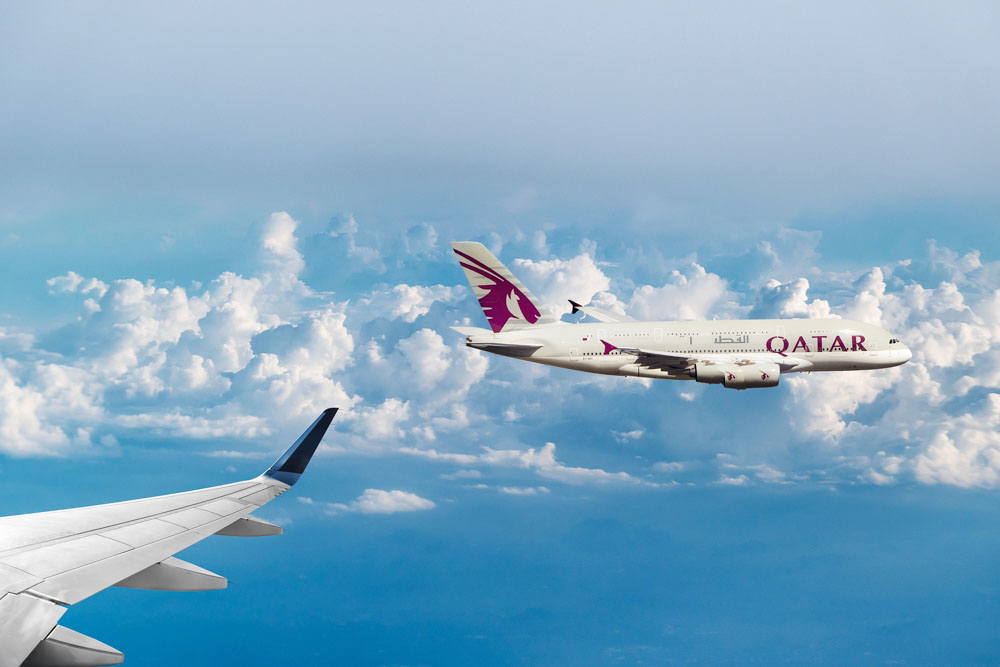 Established in 1993, Qatar Airways, is the state-owned flag carrier of Qatar.

Qatar Airways is a world-class airline, certified with the 5-Star Airline Rating (via Skytrax).

The airline flies to more than 150 destinations worldwide, and has a large fleet of 222 aircrafts.

Qatar Airways has codeshare agreements with the several airlines and even train systems worldwide.

Not only Qatar Airways has economy and business class, but it also offers first class seats that fold into flat beds. 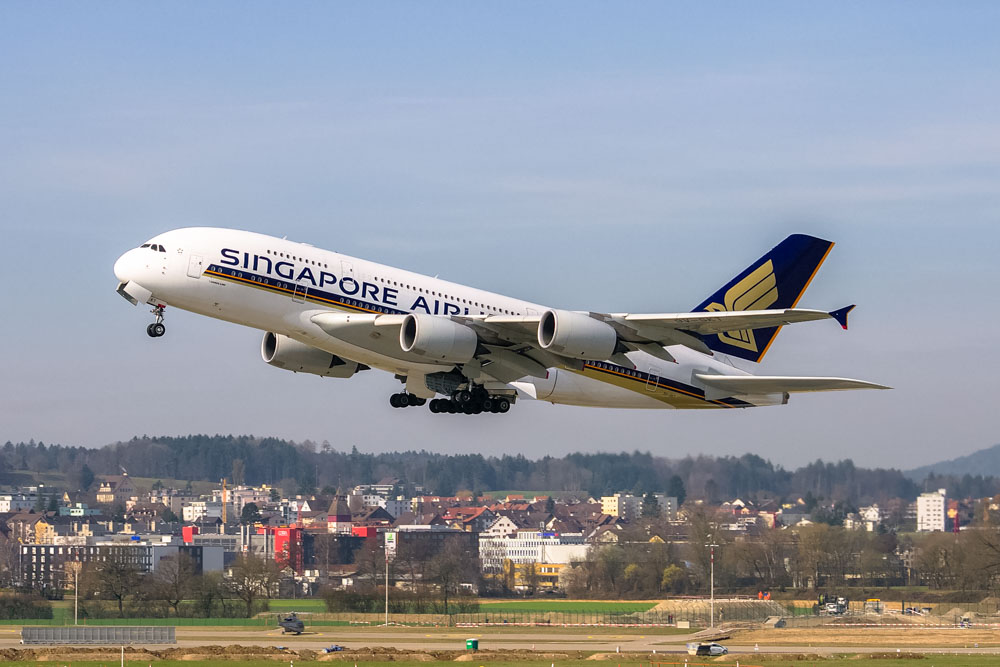 Just like Qatar Airways, Singapore Airlines is certified with the 5-Star Airline Rating. The airline is considered the best in Asia (Skytrax rating 2019).

Singapore Airlines is also the best First Class Airline (Skytrax rating 2019). The airline introduced the New A380 Suites in late 2017 on a some flights. There are several roomy suites on the upper deck of the Airbus A380, and each suite has both a seat and a bed. Double suites are available, too.

Founded in 1947, the airline commenced operations as Singapore Airlines in 1972.

The airline has several subsidiaries, including the low cost carrier Scoot and the full service regional airline SilkAir. Singapore Airlines codeshares with many airlines.

Singapore Airlines has a fleet of 122 aircrafts. 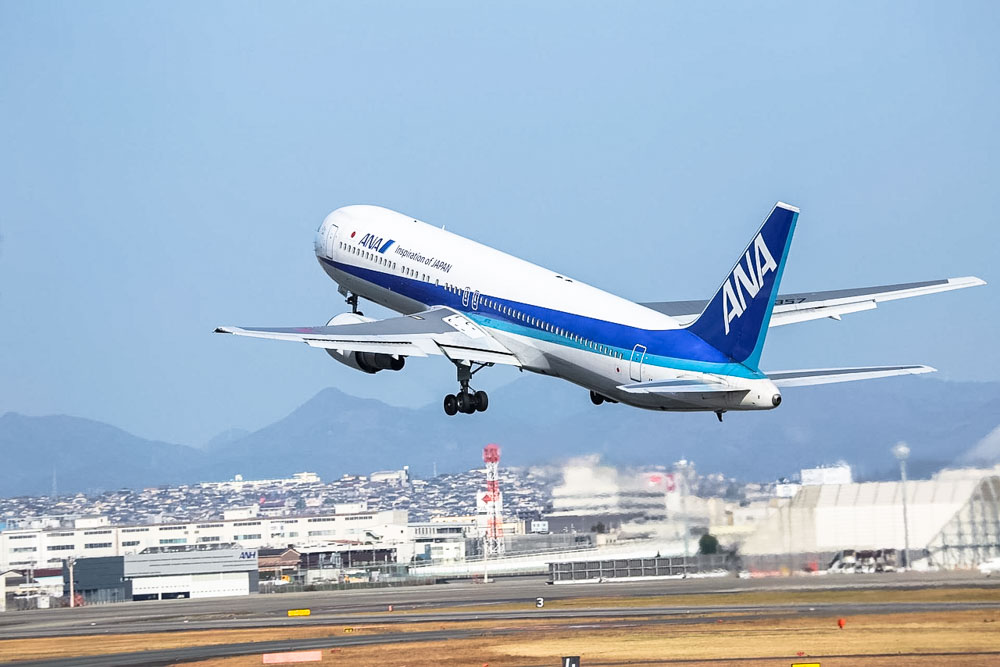 ANA All Nippon Airways is the largest airline in Japan. The airline is considered second-best in Asia (Skytrax rating 2019), after Singapore Airlines.

Founded in late 1952, at first the airline only operated as a domestic airline. The first international flight was to Hong Kong in 1971.

ANA All Nippon Airways is a member of Star Alliance.

The airline has a fleet of 235 aircrafts and it flies to 97 destinations. 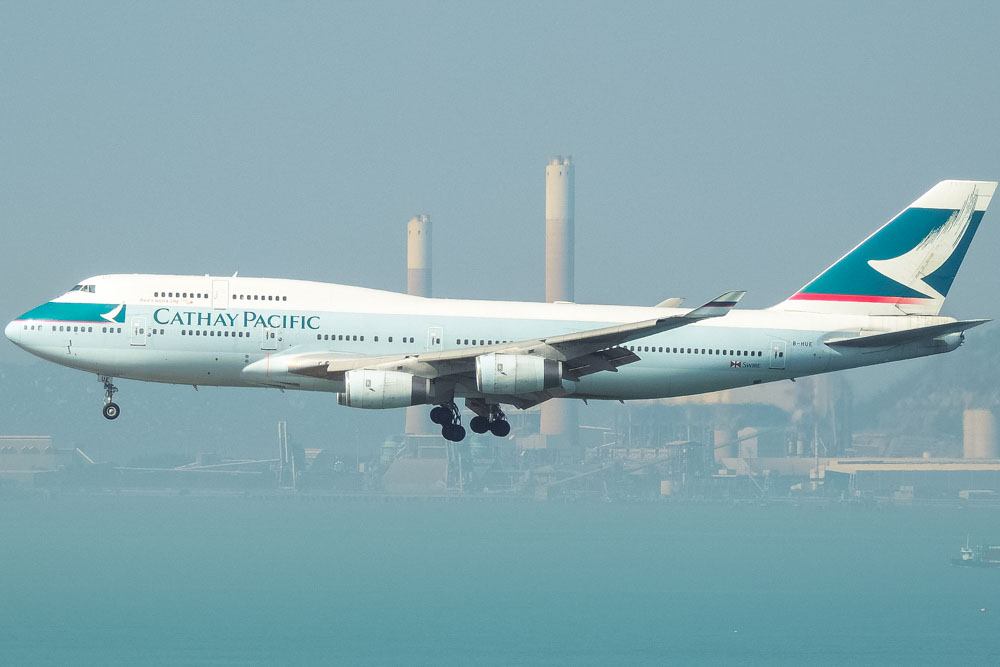 Cathay Pacific Airways is the flag carrier of Hong Kong.

Cathay Pacific was founded in 1946. It prospered in the late 1950s, and by 1973 the airline was carrying one million passengers every year.

The airline has a fleet of 153 aircrafts. It flies to 77 destinations, and has codeshare agreements with several airlines, as well as with French high speed trains and some Chinese ferry operators.

Cathay Pacific Airways is a member of Oneworld Alliance.

The airline is certified with the 5-Star Airline Rating. 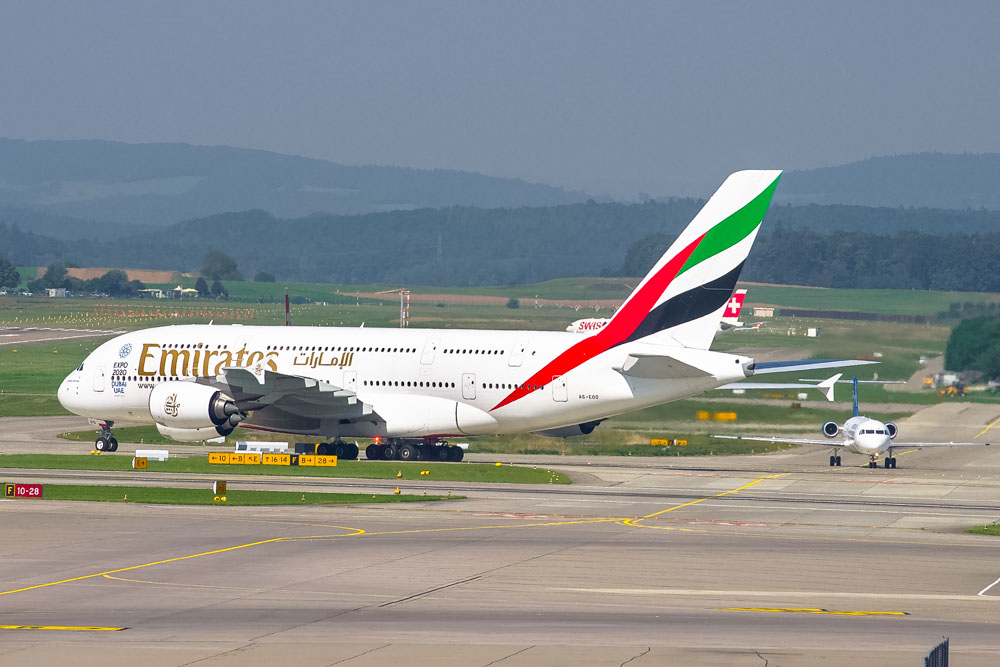 Emirates, an airline based in Dubai (UAE), is one of the world's fastest growing airlines. It is the second best airline in the Middle East (Skytrax rating 2019), after Qatar Airways.

The airline has a fleet of 254 aircrafts. It flies to 161 destinations in 80 countries across six continents.

Emirates is certified with the 4-Star Airline Rating (by Skytrax). 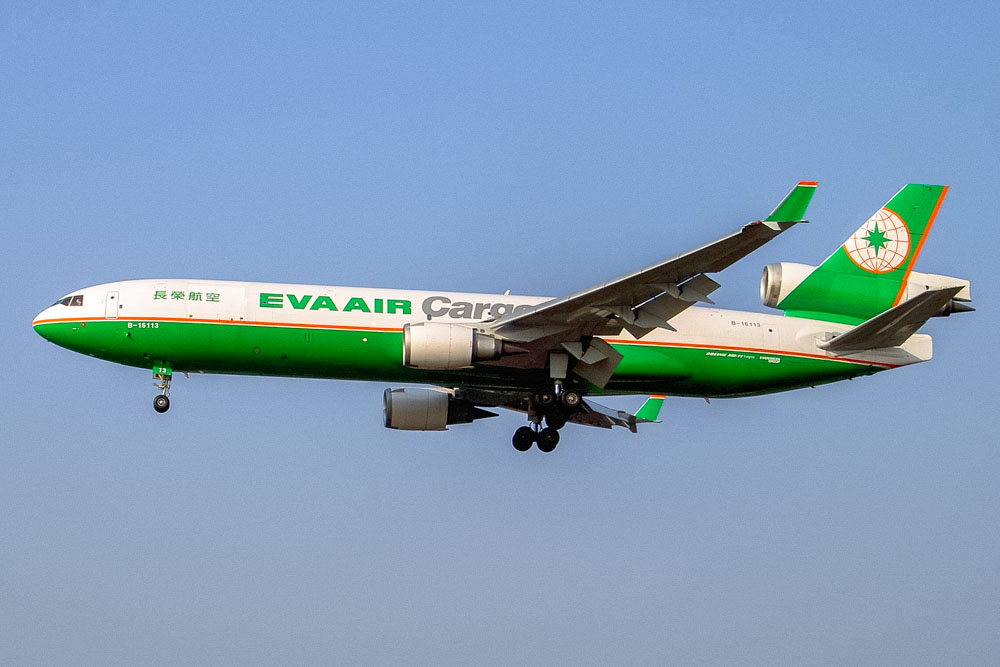 EVA Air is privately owned, and has a fleet of 78 aircrafts. It operates flights to more than 40 destinations.

EVA Air is a 5-star airline, rated by Skytrax. The airline is a member of Star Alliance. 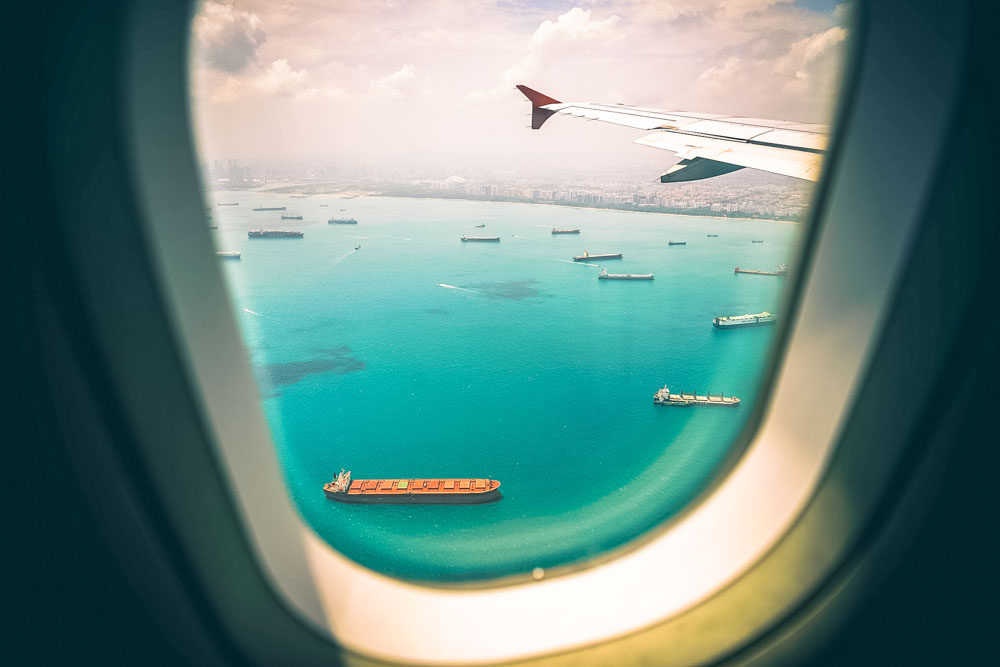 Hainan Airlines is an airline headquartered in Haikou, Hainan, China. Currently it is one of the major airlines in China.

Founded in 1993, Hainan Airlines is one of the largest airlines in Asia.

The airlines operates an extensive network of domestic flights, and offers flights to 51 destinations worldwide.

As most on this list of the top ten airlines, Hainan Airlines is a 5-star airline, rated by Skytrax. 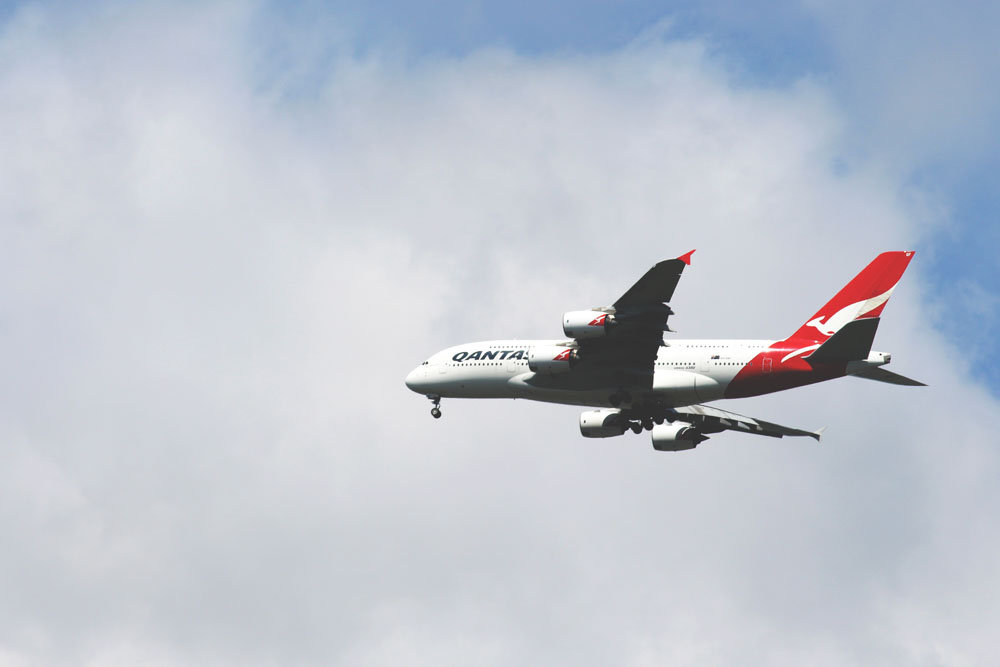 Qantas Airways is the flag carrier of Australia and its largest airline.

“QANTAS" is an acronym for "Queensland and Northern Territory Aerial Services”. The airline has a nickname "The Flying Kangaroo”.

Founded in 1920, Qantas is the third oldest airline in the world. The airline's first aircraft was an Avro 504K, a First World War biplane aircraft. Qantas started to fly internationally in 1935.

Qantas is one of the founders of the Oneworld airline alliance.

With a fleet of 130 aircrafts, Qantas operates flights to 85 destinations in Australia and other destinations across Africa, the Americas, Asia, Europe and Oceania.

Qantas is a 4-star airline, rated by Skytrax. 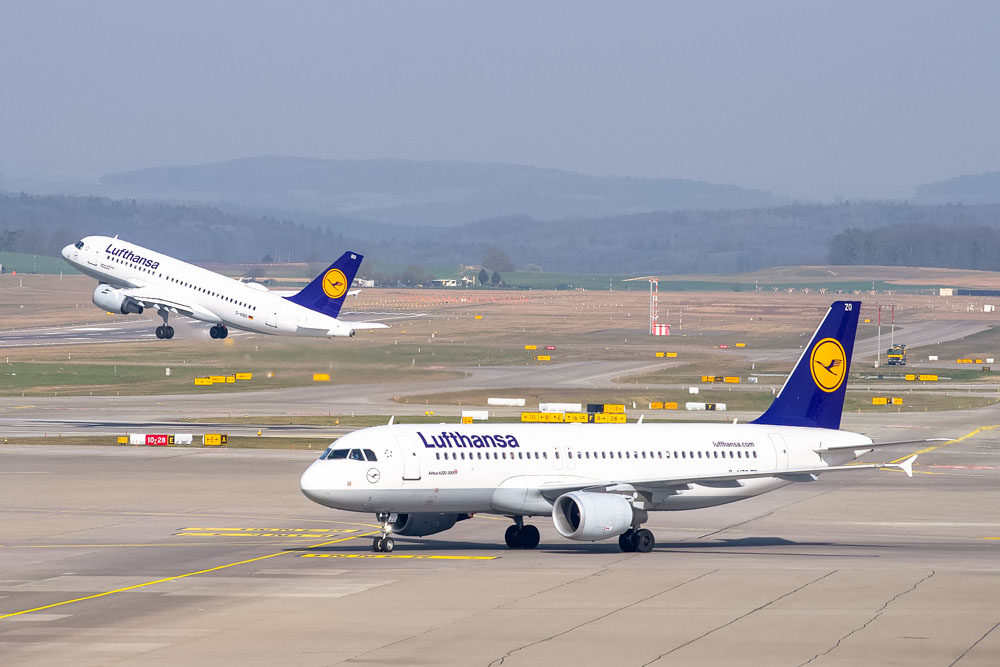 Lufthansa is an airline based in Germany, with its hubs in Frankfurt (primary) and Munich airports. Airline’s headquarters are in Cologne, Germany.

It was founded in 1953, and commenced its operations in 1955. But the airline traces its history even further back - to the post-World War I time period, to 1920s.

Lufthansa is one of the founders of Star Alliance, the world’s largest airline alliance.

Besides its own services, the airline owns subsidiary airlines and aviation-related companies.

Airlines, such as Swiss International Air Lines, Brussels Airlines and Austrian Airlines are subsidiaries of the Lufthansa Group.

Lufthansa, when combined with its subsidiaries, is the largest European airline in terms of passenger numbers. It is also one of the largest airlines in Europe by number of countries served.

With a fleet of nearly 300 aircrafts, Lufthansa operates flights to more than 200 destinations in 75 countries.

Lufthansa is a 5-star airline, rated by Skytrax. 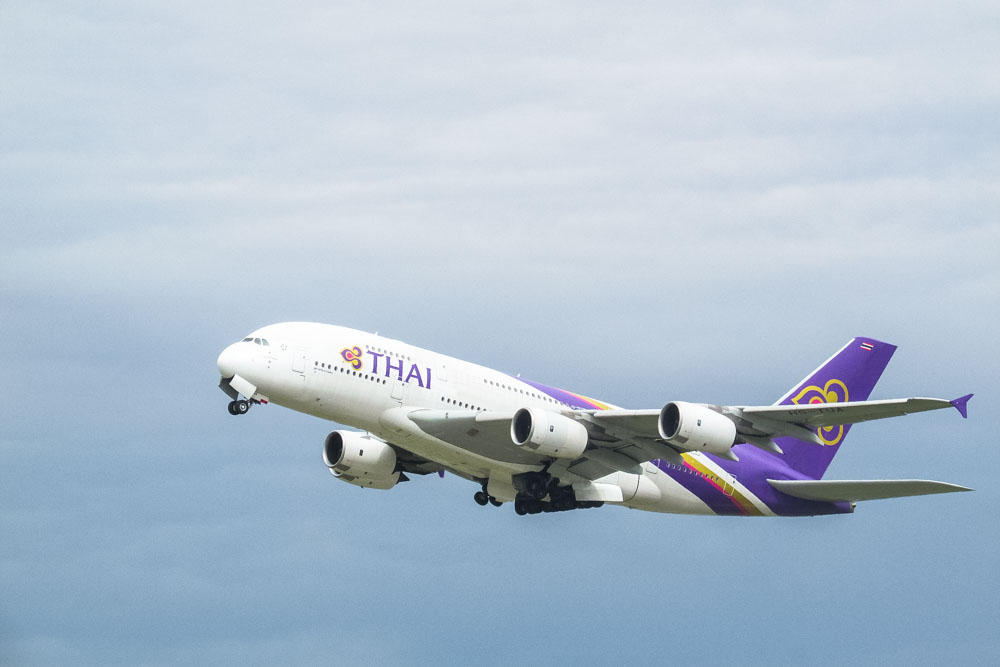 Thai Airways is the flag carrier airline of Thailand.

Thai Airways started operating in the 1960s, as a joint venture between Scandinavian Airlines (SAS) and Thailand's domestic carrier, Thai Airways Company. At first the airline operated flights to Asia. The airline's intercontinental services started in 1971.

Thai Airways is a founding member of Star Alliance (an airline alliance).

With a fleet of 80 aircrafts, Thai Airways operates flights to 74 destinations.

Thai Airways is a 4-star airline, rated by Skytrax.