How to be better at sleeping in airports?

Situations are different. Some travellers are sleeping in airports regularly to save on accommodation. Others may get stuck because of flight delays and cancellations. Then there are also times when it just makes no sense to book a hotel, and you may decide to stay and sleep in airport instead. The one thing all of these travellers have in common is the question - ok, but how to make the experience of sleeping in an airport better? Or, in some case, at least less miserable.

Because it's the reality of travel nowadays. Flights get delayed and cancelled every day. And also overnight layovers have become a norm. 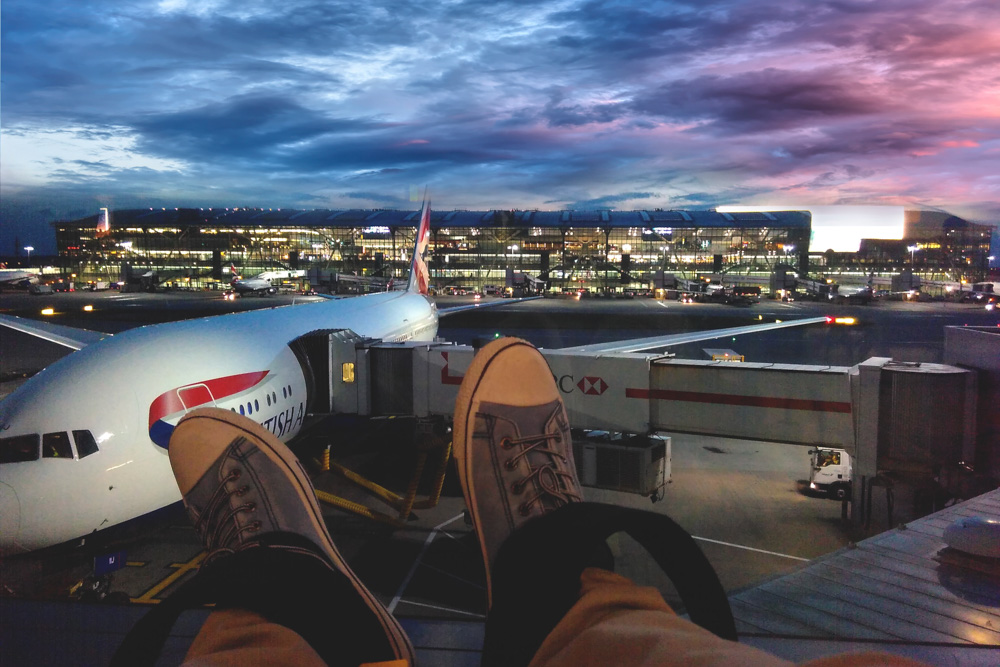 1. Why do people sleep in airports

Sometimes you can save money this way.

And sometimes you simply don't have any other, better option. You have booked two flights with easyJet, and you have to wait all night for the next flight.

Or your flight is delayed or cancelled, and you have to stay at the airport. If that's the case, don't forget to file a compensation claim. Sometimes you will be entitled to up to €600 in compensation. If that has happend within the last three years, you can still get the money.

Register your flight with us, and we'll check it.

2. Can you sleep in an airport

Can you stay in an airport overnight? Is it even legal?

Speaking of staying at an airport overnight - mostly yes, you’ll encounter no problems at all. Unless the airport is closed at night, which would mean that your only option might be spending the night somewhere outside.

So do the research beforehand to find out if the airport will be open at night.

Can you sleep in an airport overnight?

As long as it’s open during the night. One thing you should remember, though, is that airports around the world differ a lot from one another. Some are better for sleeping there, offering facilities such as sleeping pods / sleeping capsules and airport lounges with beds. While in some airports there might not even be enough chairs for everyone to sit down.

And you may have to sit or sleep on the floor.

To be prepared for everything, think of getting yourself something like LayOn travel pad.

With it you can sleep on all kind of surfaces, and have quality rest.

What's even better is that you can use it like a regular travel pillow as well.

Attitude towards travellers staying in the airport overnight differs as well. Depending from the airport you may experience anything from sympathetic and nice attitude to rude airport staff not letting anyone to sleep.

If you're having a long layover, ask if there are showers in the airport.

More and more airports offer shower facilities as part of their lounges, some of which are available to everyone. There are a few ways how you can get airport lounge access.

Can you sleep in airport lounges?

Mostly yes, you can. 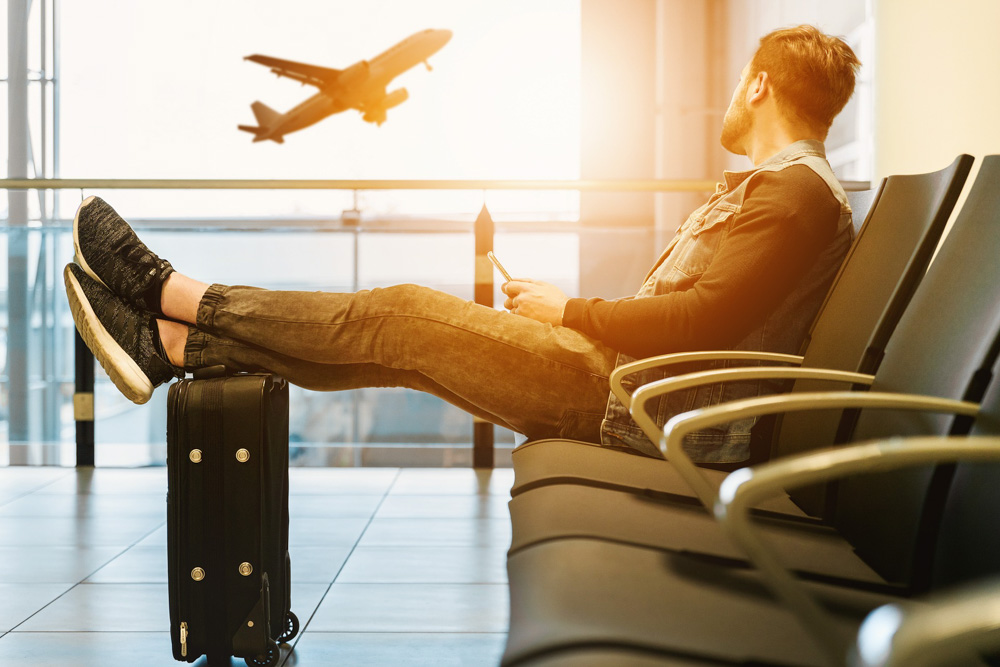 How to sleep in an airport

Do a quick research before you travel.

It's the easiest way to make your airport sleeping experience better.

One of the easiest ways, in fact.

Before going on a trip:

Because sleeping in airports don't have to suck.

More and more airports around the world now are introducing airport sleeping pods, sometimes called nap pods. There are several brands offering such services in the airports, such as Yotel, GoSleep and NapCabs.

Sleeping pods offered by Yotel, GoSleep and NapCab are similar to any modern capsule hotel, and offer privacy in the busy environment of the airport.

Majority of such capsules have a reading light, internet access, power connectors and luggage compartment. Some of them even resemble a tiny hotel room and feature a work space, making them appealing choice even for longer stays. 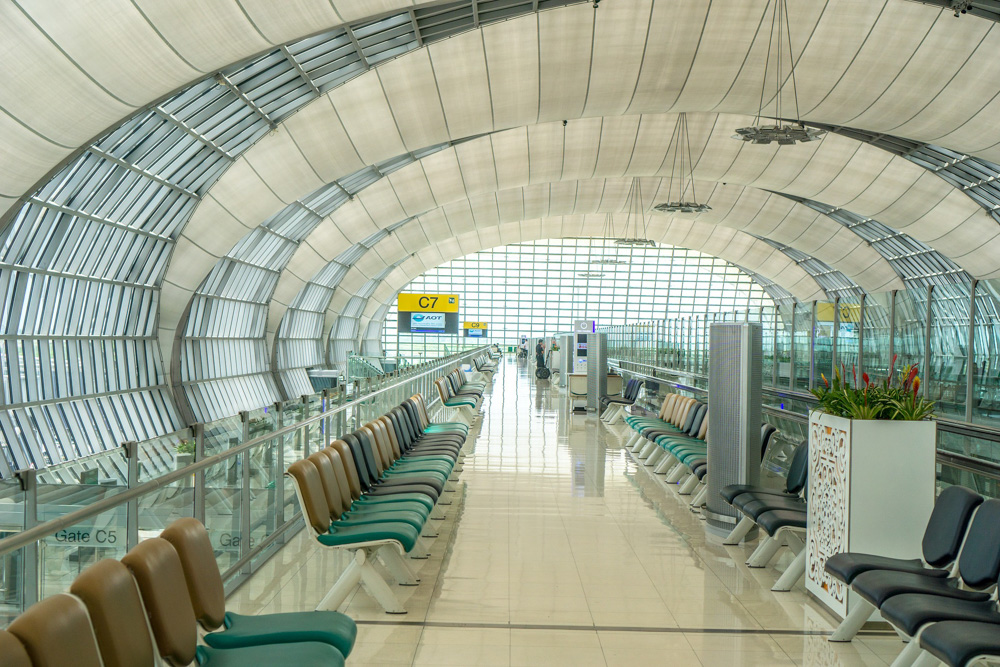 Sleeping in the airport or in an airport pod?

Does it sound so bad that you even don’t want to consider such options?

Most airports have at least one airport hotel.

An airport hotel is a hotel that is very near the airport, or is even located within the airport. To make sure that you'll have a nice place to have a proper rest book the room in advance, though.

6. Worst and best airports to sleep in

When it comes to sleeping in airports, the level of comfort varies.

Here are some of the most sleep-friendly airports:

Some of the worst airports for sleeping are:

If it's a flight delay or cancellation, you may get a free hotel room.

All because your airline has to take care of you.

Air passenger rights are well protected in the EU. 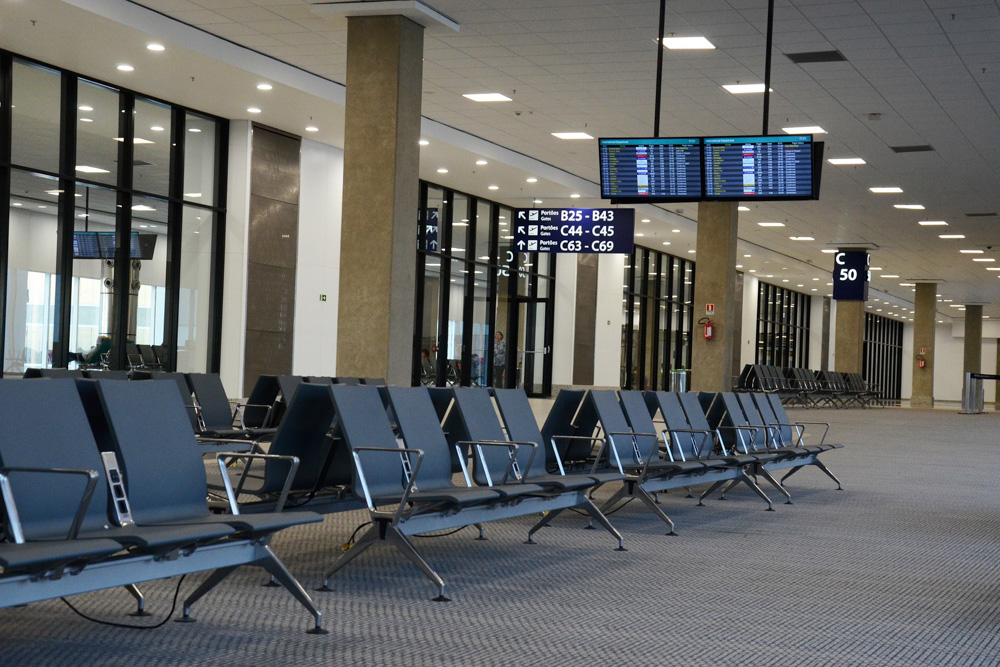 Staying in the airport during the day

Mostly if the layover is at least 8 hours long.

Do you have a long layover but it’s not during the night?

Still you can get some sleep in a hotel.

Have a safe trip!