Where is hot and sunny in November

Are you freezing at home and missing summer already?

But it’s not gonna be here for at least another half a year! Yeah, I know I’ve spoiled your mood now but it is how nature works! Want to experience summer before it arrives in June? Travel somewhere where it’s hot! Where is hot and sunny in November?

To give you a few ideas, we’ve created this list with countries, where it’s hot in November.

Where is hot and sunny in November?

Where to go in November for sun? 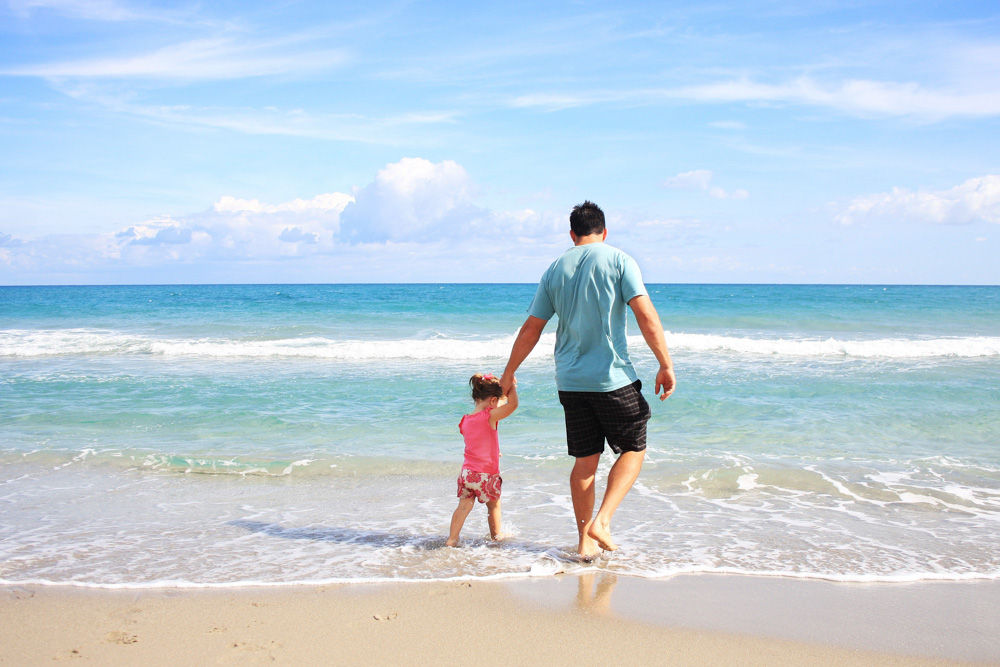 Tenerife is the largest and most populated island of the seven Canary Islands. Also it’s one of the most popular holiday destinations for Europeans. And actually it’s the only place where to go in November in Europe for that summer feeling.

The weather is pleasant all year round, and November is no exception. That is why Tenerife is known as the Island of Eternal Spring. However, water in the ocean might seem too cool (22°C) for some to swim. But… it’s cool almost all year round, due to island's location (in the North Atlantic).

Renting a car in Tenerife is the best way to see this beautiful island. That way you’ll be able to visit not only the most popular tourists spots that can get crowded but also authentic small towns and villages. Tenerife is also a great place for hikers. There are several great trails in Tenerife, and not to mention UNESCO protected Teide National park! It is home to mount Teide, the most iconic landmark of Tenerife and the world’s third largest volcano.

Don’t miss Loro Park. According to Tripadvisor it’s one of the best zoos in the whole world! And of course, Tenerife boasts beautiful beaches with sands ranging from yellow to black! 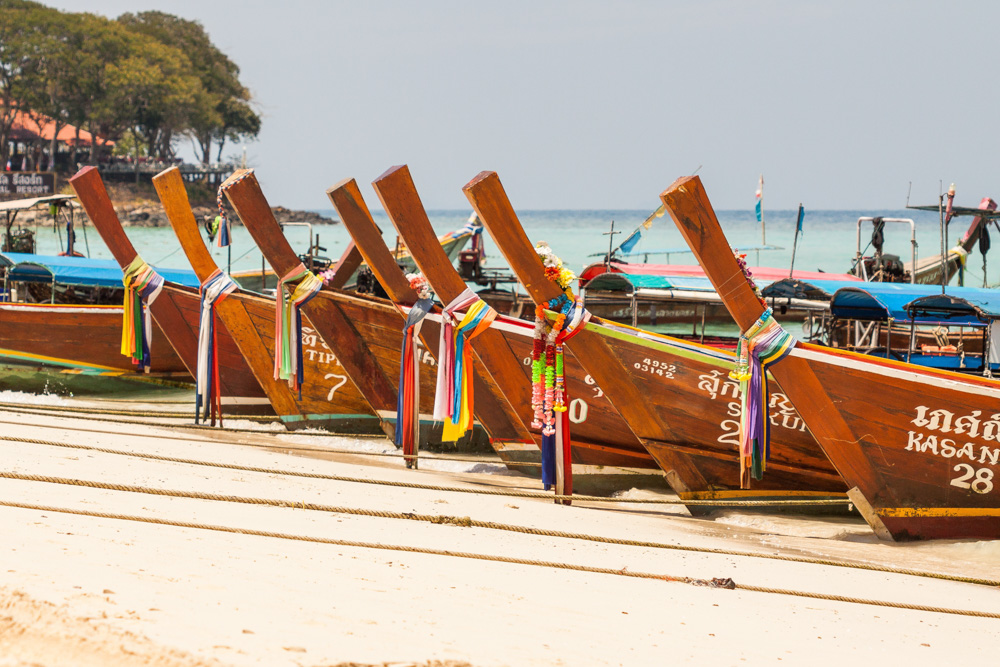 Where is hot and sunny in November? In Thailand.

Thailand is one of the hottest countries in November. If you want to enjoy plenty of sunshine without the intense humidity and heavy rain go to Ko Lanta, an island on Thailand’s Andaman coast. The monsoon season is over by November in Ko Lanta, so it’s a good time to visit this island before the peak tourism season starts in December.

In November weather is nice in Ko Lanta. Temperature can reach up to 31°C at the hottest point of the day, dropping down to around 24°C in the evening. Water temperatures are in the very high 20°C’s. Ko Lanta boasts beautiful beaches, and it’s possible to go island hopping and snorkelling from Ko Lanta island. Go to any local tourist office to book an island hopping tour. Or ask at your hotel!

Anywhere you go in Thailand, you definitely must try Thai massage!

“Thailand has a long and impressive history of traditional massage, a therapeutic practice with origins in Chinese and Indian medicine. Many Thai people regularly use massage as part of their general health regime to relieve stresses and tensions. After experiencing an authentic massage in Thailand, you’ll never be satisfied with the comparatively overpriced and feeble massage therapies of western day spas.” (Source: lonelyplanet.com.)

Thailand visa. Citizens of most European countries don’t need a visa to travel to Thailand. Passport is stamped at the airport, and a person can stay in Thailand for a period of up to 30 days.

Exception: Citizens of Romania, Bulgaria, Cyprus, Latvia, Lithuania and Malta need a visa to travel to Thailand. Citizens of these countries can get visa on arrival at international airports, or can just apply for a Thai Tourist Visa in advance. 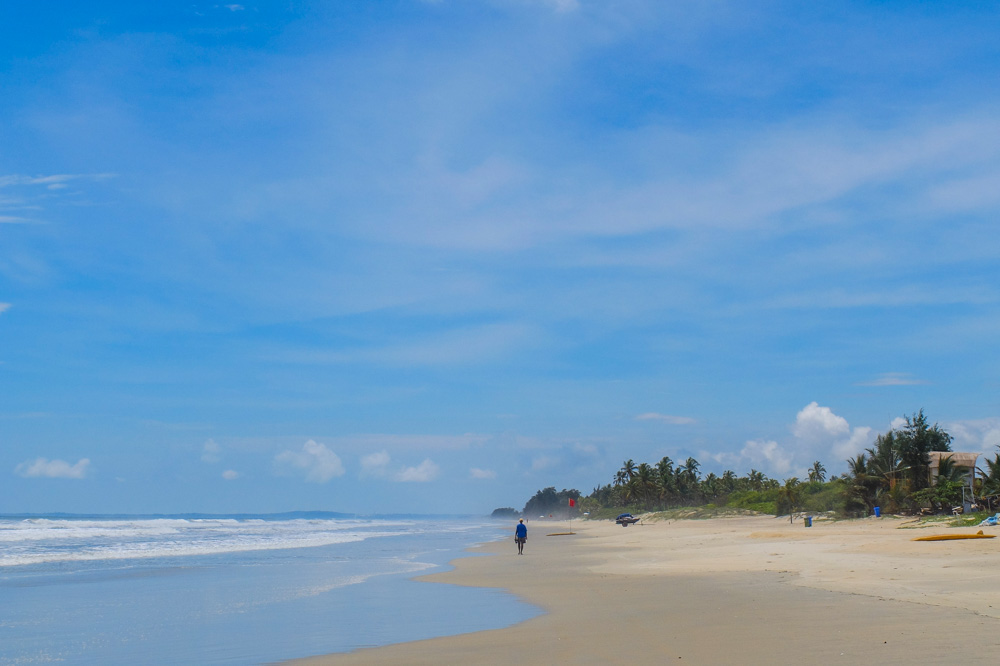 November is a relatively quiet month in Goa, before the peak tourism season starts in December. Average temperature is 28°C, with highs of 34°C. As the rainy season ends in October the chance of rain is low.

If you are looking for a relaxing and calm beach holiday, head to south Goa. If you prefer to party go to the north and stay on beaches in Anjuna, Baga or Vagator.

Indian visa. European Union citizens can apply for an e-Visa. It should be done at least four days in advance of the date of arrival. 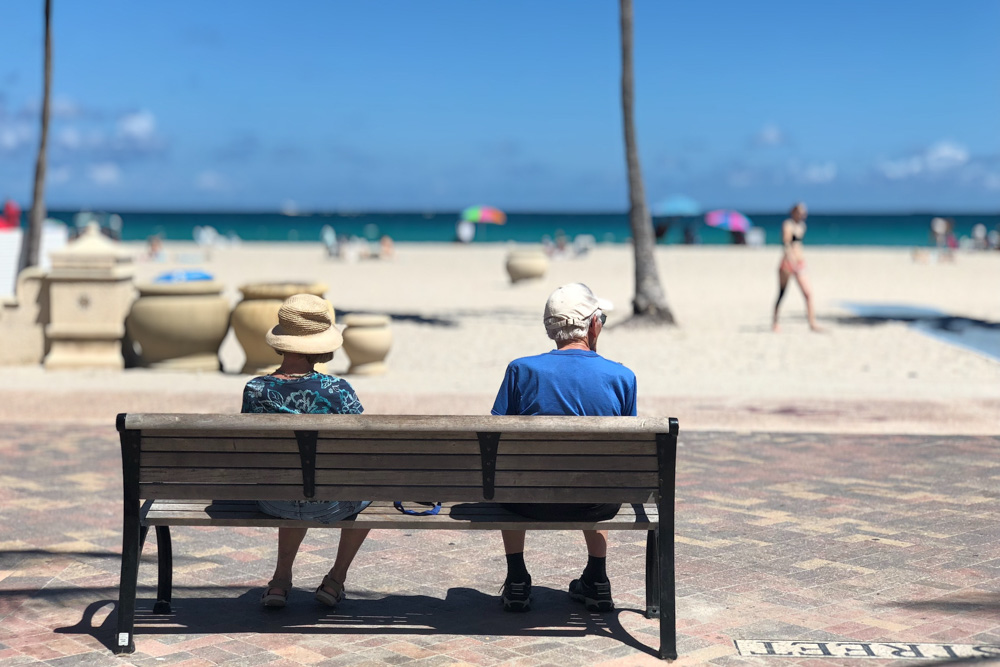 Florida, known as “The Sunshine State”, is a very popular destination both for Americans and international tourists, and deservedly so! It’s also among the best places to go in November.

Among Florida's top places to visit are Disney World and Universal studios in Orlando. But, it’s more to it than just that - Florida boasts beautiful beaches, pleasant weather all year round and great shopping and nightlife spots.

Also don’t miss the Florida Keys, which are a string of tropical islands off southern tip of Florida, known for Ernest Hemingway Home and great snorkelling spots!

The average daytime temperatures in November are around 25°C, and the minimum temperatures drop down to 14°C during the evening.

“The state of Florida is roughly the size of England and Wales, covering an area of approximately 65,578 square miles.” (Source: visitflorida.com.)

Visa. European Union citizens are required to obtain an electronic authorisation (ESTA) in order to visit the United States! Even though sometimes you may get it in less than a minute, it's recommended to apply for ESTA at least a few days in advance. Or better - when you decide that you want to travel to America. 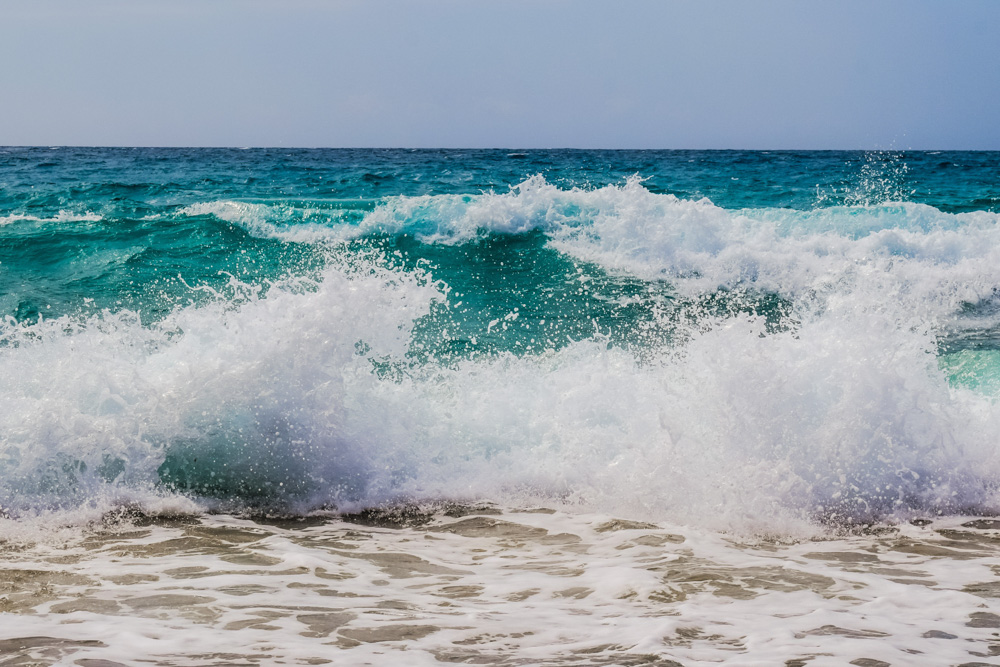 Cape Verde, a volcanic archipelago off the northwest coast of Africa, is one of the most underrated winter destination. Yes, it’s a less-known place but it doesn’t mean it’s a bad place to go! It is one of the best destinations where to go in November for sun!

Cape Verde boasts pleasant weather all year round. It rarely shifts from the upper 20°C. During November, the average temperature is 25°C, with lows of 22°C in the evening.

The archipelago consists of 10 islands. Sal and Boa Vista are popular for their beautiful beaches and water activities, São Vicente - for culture and nightlife. Stunningly beautiful Santo Antão is popular among hikers and adventure travellers. Fogo island is another great place to visit. Its most iconic landmark is active volcano Pico do Fogo.

“The islands of Cape Verde have been dubbed “the African Caribbean” because of their golden beaches and tropical climate.” (Source: Thomas Cook.)

Visa. Visa mostly is necessary. But you may obtain visa on arrival at Boa Vista, Sal, São Vicente or Santiago international airports.